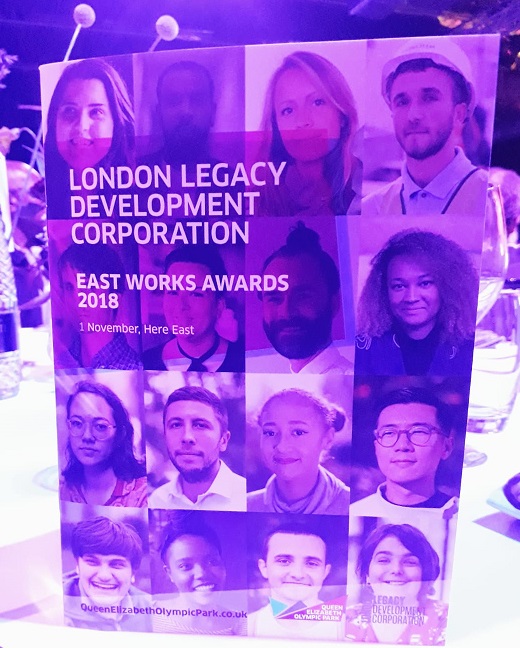 The East Works programme is a social-economic programme that seeks to connect the people of East London to the different opportunites created in and around the Queen Elizabeth Olympic Park. With a focus on four themes; Work Skills, Working Capital, School Work and Work Places. 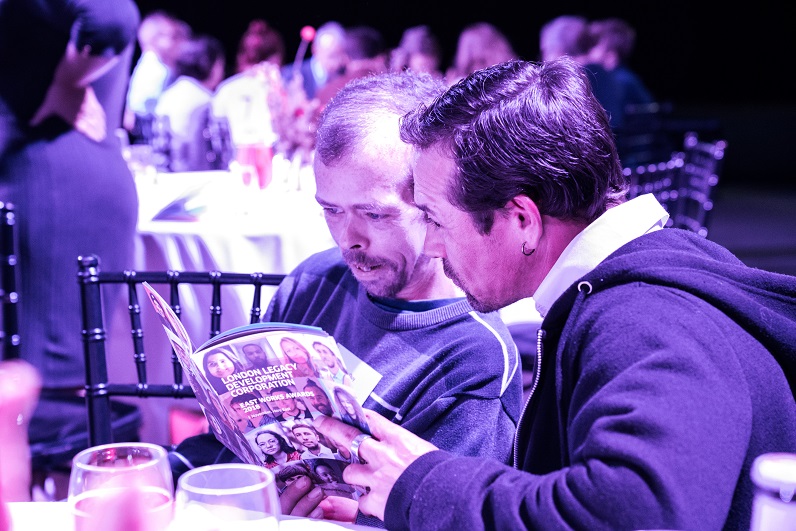 The evening began with a drinks and food reception for everybody to network and to showcase the brilliant case studies of the nominees. Taking a seat in the theatre hall, everybody was treated to a dance showcase by Kloe Dean, Myself UK Dance Company. With the evening presented by Sonita Alleyne and Jone da Cruz, a former apprentice on the park who worked his way up to site manager for construction company.

The highlight of the evening was our very own Ricky Quy who was victorious and came away with the coveted Individual Achievement of the Year award. Ricky began his journey back in November 2017 on the Queen Elizabeth Olympic Park where he completed a short work trial as a Cleaning Operative at the London Aquatics Centre where he demonstrated a dedication to completing his role to the highest standard which led him to secure a full-time position on the Park. Prior to this role Ricky had suffered from anxiety and a lack of confidence which had stopped him from working in the past.  Groundwork and ENGIE  continue to work closely together to support Ricky in his role and demonstrates that he understands the demands of the role, asks lots of questions and is now a ‘go to’ member of the team who colleagues depend on and respect. He is reliable, committed and a real credit to a team that works incredibly hard to keep one of the most iconic venues in the Park spotless!

Ricky is one of 250 people who have started work through Able Capable Employed (ACE).  Groundwork London is hoping to support a further 600 people into work through the programme. ACE provides tailored employment brokerage for individuals living with a disability or long term health condition. Each person works with an employment coach who provides specialist advice, wage subsidies and job matching.

If you are an employer who would like to talk to us about offering ILM job opportunities or an individual who is looking for support to get into work, please contact the ACE team at Groundwork London on 020 7922 1230 or email ace@groundwork.org.uk

The evening ended in all the individuals who have taken part in the East Works programme presented with a Making It Happen award. In recognition of their efforts and commitments over the past year. They all represent the best of what East London has to offer.

Apprentice of the Year: Jack Connolly

Intern/Trainee of the Year: Michelle Nyachuru

Employer of the Year: The Camden Society at Union Kitchen Café, Timber Lodge

Innovation of the Year: STEP

Entrepreneur of the Year: Johnson Wong

Education Partnership of the Year: Class Of Your Own

Making It Happen Partnership of the Year: Flipside 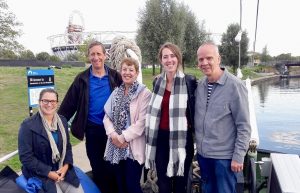